In the "Wysses Rössli" hotel, our seasoned team will welcome you and pamper you in accordance with the rules of fine dining.

But it all started somewhat earlier: when, in 1642, the village fire destroyed a large part of the Schwyz region, the zum Rössli Inn, as it was back then, also fell victim to the fire. According to the council minutes of 1642, the Schwyz Council, concerned with the reconstruction of the village, determined that besides the church and the town hall, the most pressing and important building was a well-located tavern – a village inn.
And so the Rössli was built by master builder Jeremias Meyer. Just like before the fire, the new inn remained in the possession of the Bettschart gentlemen for some time. In 1733, the inn, together with its horse stable, 2 gardens and cheese cellar, was leased to the Weber brothers for 190 guilders.
The Rössli soon became the property of the Weber families. In the years from 1742 to 1835, and again from 1848 to 1910, Schwyz’s post office was based in the “Wysses Rössli” hotel. The Rössli has always been a stop-off point for travellers. Many prominent guests such as Goethe, General Guisan and several Federal councillors were among them. The well-known Schwyz writer Meinrad Inglin even spent the winter months of the last years of life in the “Wysses Rössli” hotel.
In 1970, the Swiss Bank Corporation bought the “Wysses Rössli” hotel and reopened the establishment after a complete reconstruction in 1978. The Schwyz entrepreneur Karl Trütsch-Langlois acquired today’s “Wysses Rössli” hotel in 2002. All the rooms were renovated at that time, and, in 2007, the entire restaurant operation was refurbished as well. 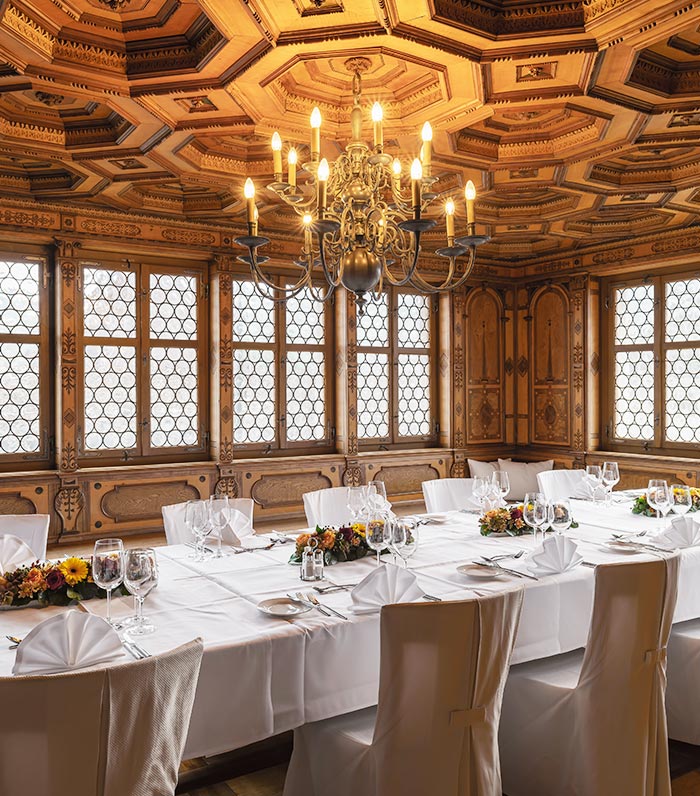